I’m getting angry and shouting, but inside I’m afraid 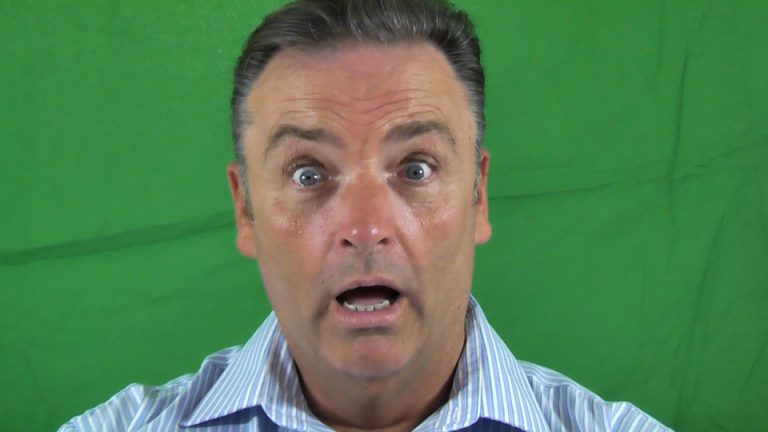 Once upon a time there was a director who was always angry and feared by all his employees. Everybody was scared of him! When his dark, loud voice billowed across the department, his employees would cower behind their screens or look for refuge in the bathrooms. And when someone was called to him, they would tremble, their colleagues would see them go with pity in their eyes.

Sounds like a fairy tale, huh? Unfortunately, this was a bitter reality for the employees of a large international company. Maybe it’s your reality too? Do you recognise yourself in the employees or perhaps in the director? I was able to give this director two valuable insights with the help of Transactional Analysis (TA). I would like to share them with you too in this blog.

I was involved as a coach at this company by the director. That may surprise you, but I’ll explain it. The director – let’s call him Leon – was not satisfied with his employees. He was astonished that, although they all earned a good salary, their work was unsatisfactory. He had no use for them because the creativity seemed to have dried up and they suddenly didn’t have any good ideas anymore. He was furious. I was a bit shook up by it! All red faced he was sitting in front of me at the table. The coaching question I received from Leon was: “How can I kick them into motion?”

Insight 1: Being angry makes it worse

You can probably imagine how an employee at this company felt. How would you feel? His angry reactions made employees feel unsafe when they were near Leon. In an unsafe situation you retract your shoulders and make yourself small. This was literally happening, as employees crept behind their screen, but also figuratively. If you’re afraid, you cannot think up new ideas and your creativity goes on lockdown. Logical right?

For Leon this was an important insight. He did not realise the impact of his behaviour and how he was maintaining a vicious circle. The harder he yelled, the more scared his employees were, and the angrier he became because they did not work.

Insight 2: Why are you so angry?

Perhaps even more than the impact of his behaviour, the discovery and explanation of where this behaviour came from was Important to Leon. Why was he always so angry?

During our conversation it became clear that he found his work extremely important. He would  have loved to deliver a high quality product and it had to be great. He was afraid that it would not work out. His perfectionism stood in his way and he felt powerless because he could not change the situation. His employees did not perform and he already anticipated the complete failure of his product.

The only way he could make this fear known was by shouting very loudly.

TA shows us the model of the ego states. This situation fits perfectly here. In short, this model means that you can have 5 ego states within yourself: The Free and Adapted Child, the Critical and Nurturing Parent and the Adult. If you want to know more about this, this blog could be interesting to you: ‘How do you find the Pipi Longstockings in yourself?’ In this blog, the theory of the Ego states is explained in more detail. 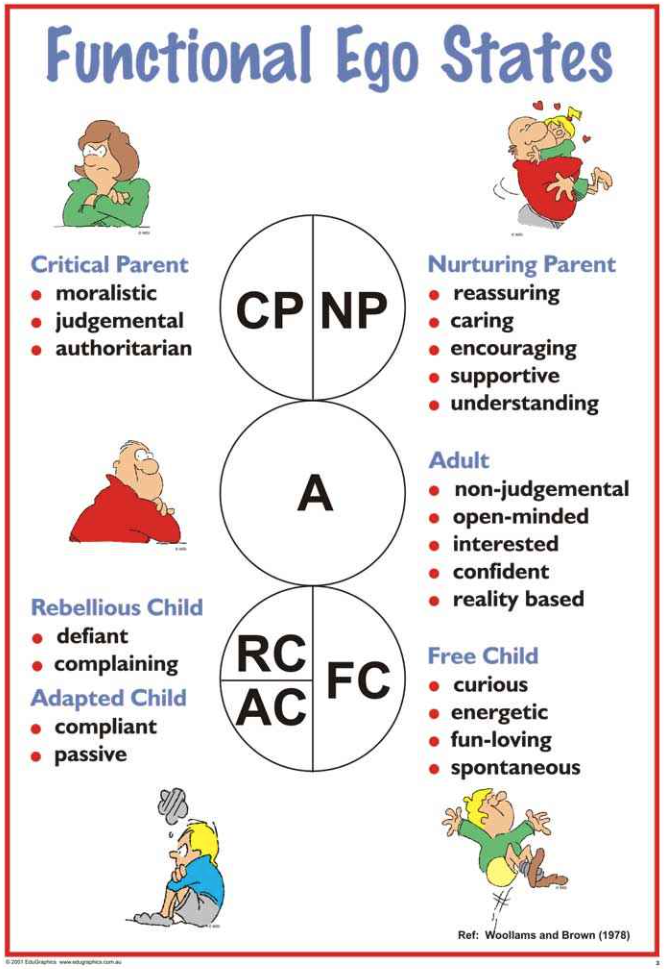 Back to Leon and his employees. Leon clearly worked from his Critical Parent. Through his behaviour, he invited his employees to react from their Adapted Child.

Now Leon is aware of his behaviour and the impact that this has on his employees, he can learn to communicate in a different way. He can explain from his Adult that this product is very important to him, and that that is why he is afraid that it should fail. From that position, Leon has less problems asking his employees for their co-operation, instead of shouting.

By communicating with his employees in a respectful manner, he gets the best out of them, and they can let their creativity and good ideas flow again. Te situation has been solved completely. It almost seems like magic!

Do you too want to experience TA’s “magic”?

Soon there will be a new two day ‘introduction to TA’. During this introduction you will learn the theory of the Strokes. Strokes are the different ways you can give attention to someone. For example, you can give compliments or give criticism. You will learn how to analyse your own patterns. Do you find giving critical feedback easy or difficult? Do you find it easy to tell yourself that you did a job very well? Or do you sometimes not know how to accept a compliment?

You will learn to understand what the impact of your behaviour has on others and you learn about your options and opportunities to communicate differently with your team and in your daily life.

By learning to communicate differently, you can also experience TA’s “magic”. And that’s really not a fairy tale. You are welcome to join!