‘Do you have a moment?’ | Parasite feelings and the effect they have on you and your environment 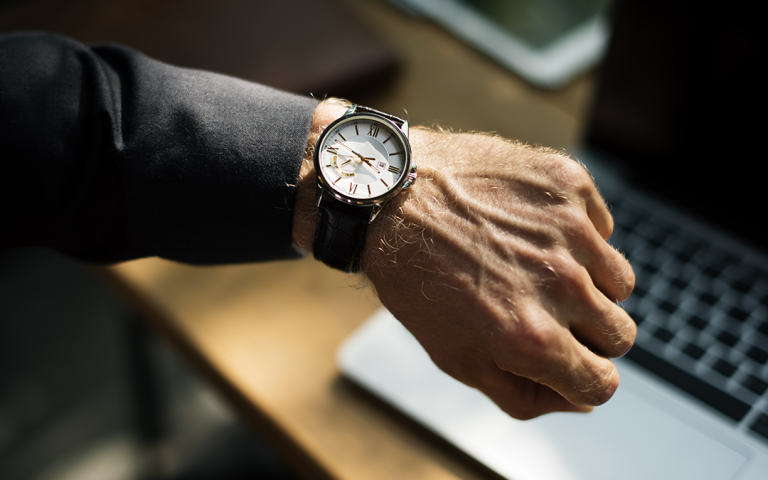 “Hans, I know you have to leave, but we really need your help with this customer. Do you have a minute?” Hans sighs. He’s informed his supervisor that he has to leave earlier that afternoon to attend a funeral. Of course, that was allowed. Now his supervisor asks for his help five minutes before Hans has to leave. In order to “keep the peace” Hans cooperates. As a result, he feels stressed in the car and is afraid of being late for the funeral.

His manager’s request may cause Hans some problems. He’s stressed, but he’s not angry. But you might think that it would make him angry. He feels stress when he responds to his boss’s request. How come we do this? And is this Hans’ responsibility or that of his boss? The fact is that Hans doesn’t experience anger, while you might expect him to be angry. He feels stress instead. To find out why people often do that, we need a bit of theory.

We all learned the right behaviour from home. Although that’s a bit of a generalisation and there are many exceptions, we can say that the patterns generally look something like this:

Of course, there are sometimes very good reasons to mask one emotion with another. In Hans’ case, it probably saves time for him to just go with the flow, because otherwise – in his opinion – he would have to get into a discussion with his boss as to why he actually no longer has time.

It only takes an unnecessarily large amount of energy to present yourself differently from who you are.

Why do people do it? To understand that, we must recognise that previously learned behaviour, even if it has a negative outcome, is felt as “familiar behaviour.” If little attention was paid to a child in childhood, it will recognise this as a familiar feeling in adulthood. That is why he or she keeps repeating the same behaviour and he she recognises the “you see, I am never taken into account” inner reaction.

What we often forget is that an emotion is always a signal of a physical need. What we often do is not to take the emotion seriously. We ignore the signal that we need something to feel safe and calm. For example: when you are angry, you need space. When you are sad, you attract people to comfort you. A man who shows that he is angry, but is actually sad, needs a hug. But who hugs an angry man? Parasite feelings not only ensure that you lose a lot of energy, but also that your (physical) needs are not met. In Hans’ case, he actually just needed his boss to ask: “Are you still okay? We can deal with this later, if you have to leave now.” Hans would then have been able to say no without difficulty and would have been more comfortable in his car. By saying: “Yes, of course,” he gave his boss the wrong signal and did not get what he really needed.

A small side street: Tangible tension

Not everyone is equally sensitive to it, but there were probably a number of people at Hans’ office who could feel his tension. That kind of tension is difficult to gauge, and you often can’t put your finger on it precisely. It is not uncommon for these tensions to occur in an office. These often have to do with the fear of hurting colleagues or employees. This makes people afraid to express criticism or compliments. I’ll be giving a free (Dutch) webinar on this on June 12 at 8 p.m. Do you want to join? You can register here.

Do you recognise yourself in Hans’ story? With the help of Transactional Analysis, you can learn to recognise and change your old patterns. By recognising the old patterns, you no longer lose any energy in hiding your emotions. With the new patterns that you develop you can achieve better cooperation in your team. The tools you need for this are discussed extensively during the 2-day introduction to TA. This 2-day session is valuable for managers, coaches and anyone who wants to work on their communication. Do you want to participate in this introduction? On this page you will find the current dates and times.