What Nelson Mandela taught me about humility 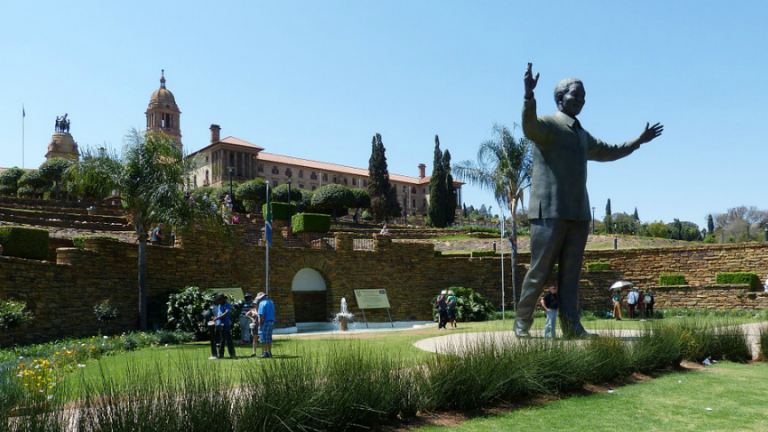 In the period that I was living in Australia, I met Nelson Mandela. For those who didn’t know it yet: I lived in Australia for 5 years during which I did my training in Transactional Analysis (TA).

The auditorium was full. I will never forget what happened to that large group of people when Nelson Mandela entered and made his speech. An energy spread through the room that was filled with emotion and excitement. His words touched me personally, as if he had written them for me. Like no-one else, he made a connection and encouraged me to make my dreams come true. Afterwards I spoke to other attendees there. They had felt the same experience.

The following section from his Inaugural speech *, which he made when he became president of South Africa in 1994, treated the same subject. You probably already know it. It’s about the fear we have as people, to grow and shine.

‘We ask ourselves,
Who am I to be brilliant, gorgeous,
talented, and fabulous?
Actually, who are you not to be?
You are a child of God.
Your playing small does not serve the world.
There is nothing enlightened about shrinking so
that other people will not feel insecure around you.’

Modesty as a value in your education

Recognisable, don’t you think? Often we are raised with the idea: “Just act normal! That’s already more than strange enough!” This makes you feel blocked and you try to keep yourself small to not attract too much attention. Modesty helps with this. Of course, it’s also easier to sit in the corner and say that you can’t do something in stead of having the courage to give it a try. But isn’t this selling yourself short? This way you’ll stay afraid to be yourself, to shine.

How does TA deal with this?

In the philosophy of TA, it is crucial that everyone, including the one who’s asking you for help, always remains an expert of his own life. Therefore, a TA counsellor must always take care not to complete the answers themselves for the one who is asking for help. They only have the task to ask the right questions so that the client can start to understand their own thinking patterns and what might be going wrong there.

Let’s consider this a bit deeper. TA assumes that everybody is born with a very big potential. That means you too. As a child, you have probably adjusted yourself to what your parents expected of you. This is completely natural, and a useful survival mechanism. If you had to keep your mouth shut at home, because your parents did not want to hear your opinion, and you did that well, you kept the situation liveable for yourself.

Your modesty used to be useful in the past, but in the meantime you have become an adult and such a survival mechanism doesn’t always help you anymore. In fact, it’s only working against you. You feel blocked in your communication, because for example, you’ve never learnt to defend your opinions before. That is very understandable and it doesn’t help you to judge yourself for it. But you are standing in your own way, and that’s such a pity!

What do you want to achieve?

TA helps you to recognise these patterns within yourself, and to decide which mechanisms are useful to you and which ones you would rather prefer to change. TA encourages you in your strength and potential, and helps you to further develop these. If you are dealing with communication issues, it is especially important that you learn to express yourself and to communicate in a group. 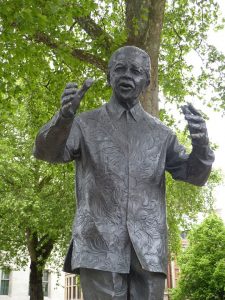 Back to Nelson Mandela

In the introduction, I told myself that I had the opportunity to meet Nelson Mandela personally. This happened after the ceremony. We shook hands and briefly spoke to each other. He was a source of inspiration for me, even before I left for Australia, and I feel grateful and touched that I was able to meet him personally, in the flesh. His words left a lasting impression on me. I sincerely hope that they can touch you too:

‘We were born to make manifest
the glory of God that is within us.
It is not just in some of us;
it is in everyone
and as we let our own light shine,
we unconsciously give others
permission to do the same.

As we are liberated from our own fear,
our presence automatically liberates others.’

* Nelson Mandela used the words of Marianne Williamson, from ‘Course of Miracles’ for his inaugural speech.